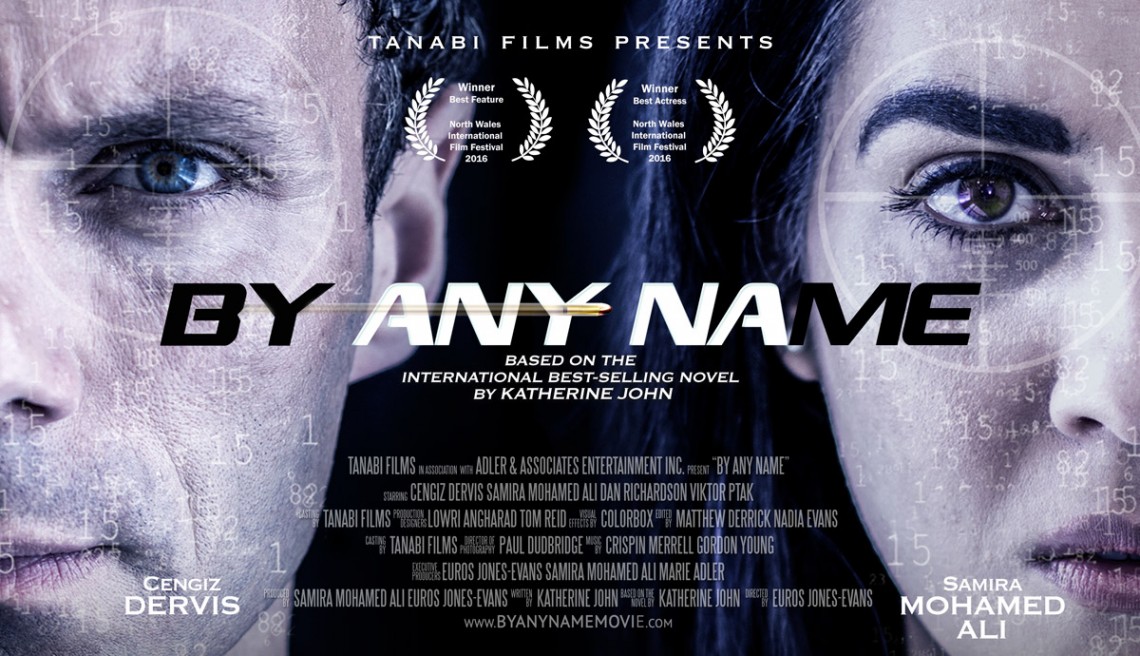 Welsh production company Tanabi Films, who produced ‘By Any Name’ movie based on the best-selling novel by Katherine John has been awarded Best Feature Film produced in Wales and Best Actress accolade for Samira Mohamed Ali from a plethora of entries at this year’s prestigious North Wales International Film Festival.

Samira Mohamed Ali stars as leading lady Dr Elizabeth Santer, a psychologist, who is taken hostage by John West, which is played by lead Actor and Combat expert Cengiz Dervis. Samira, currently the UK ambassador for Cerebra charity had to undergo intensive personal training in order to keep up with the physical demands of the role. In an interview today, Samira said: “I am thrilled to have won this award, being able to work in Wales and especially in Swansea and Brecon Beacons has been very exciting as most of my work to date has been overseas. I really enjoyed playing opposite Cengiz as he is a great actor and it was an intense shoot for us in 16 days”.

Recently selected as one of Amazon’s chosen authors, Katherine John is profiled on most online platforms across the US, South America and Europe. In an interview today, she said, “I am delighted and honoured that ‘By Any Name’ has won these awards from the International Jury at its first festival. The entire team at Tanabi are superb professionals and prepared to do whatever it takes to capture every shot perfectly. I wrote the script with the support of the director and it was an enormous privilege to work with him, the actors and the crew. I am looking forward to seeing the film on the big screen”.

The Director of ‘By Any Name’ Euros Jones-Evans said, “We are extremely proud winning these awards for our first feature film. We had incredible support from the whole team and from our local partners such as Gower College Swansea, Swansea Council and South Wales Police. And on the post-production, we have also had the privilege of working with Crispin Merrell and Gordon Young, who are such talented composers in delivering the score for this feature. Being based at the Dylan Thomas Centre and as we prepare for our next feature, it is an important part to involve the local community in our projects as it forms part of Tanabi’s 5-year strategy to bring inward investment to Wales and create sustainable highly skilled media jobs in the area”.

‘By Any Name’ is a recent acquisition of CEO Marie Adler of Hollywood’s Adler’s Adler & Associates Entertainment, Inc. A&AE will be taking the film to upcoming film markets such as EFM in Berlin, FILMART in Hong Kong and Cannes. “We very excited for ‘By Any Name’ and believe wholeheartedly in Euros and Samira at Tanabi Films. This film is the start of something special for them. To receive these accolades in Wales, a country that has such a strong reputation around the globe for great artists and writing is truly a wonderful affirmation,” says Adler.

‘By Any Name’ will screen as one of the first films at the 5th annual Carmarthen Bay Film Festival, which will take place on 09-13 May at the Stradey Park Hotel. “Carmarthen Bay Film Festival has always been very keen to support and promote independent films, especially ones that have been made here in Wales. That’s why we are very pleased to be screening ‘Buy Any Name’ at one of our special evening events,” said the festival’s founder Kelvin Guy. 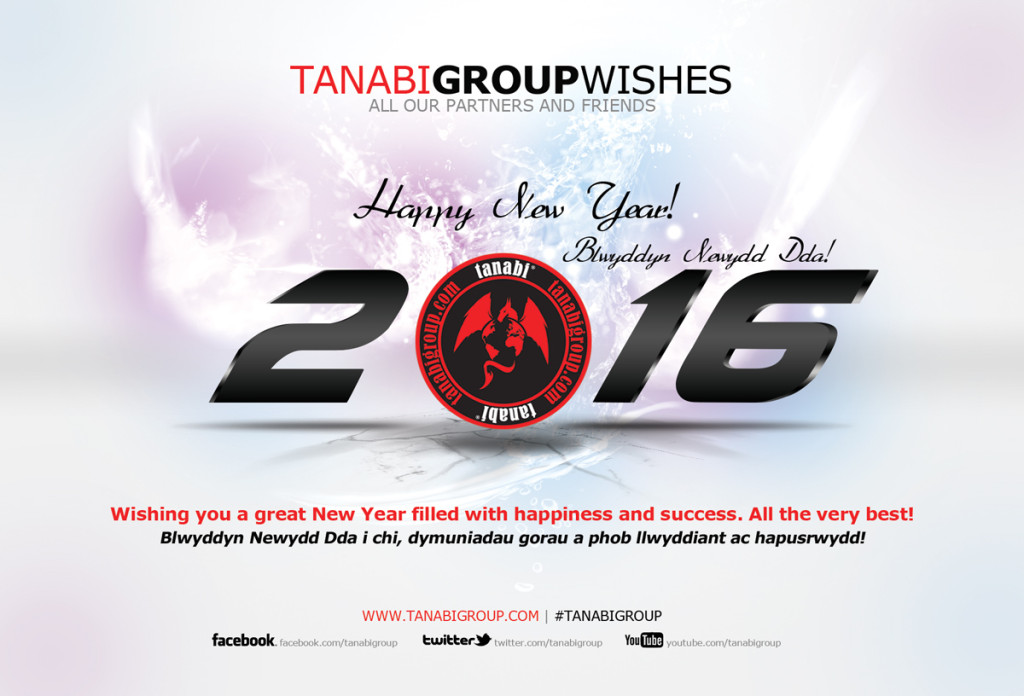 We would like to wish all our partners and friends a great new year that will be filled with happiness and success, thank you for your continued support across the group. We are excited to be launching #Tanabi2020, our 5 year plan which will hopefully make a big difference in Wales, details will be announced in the coming months. 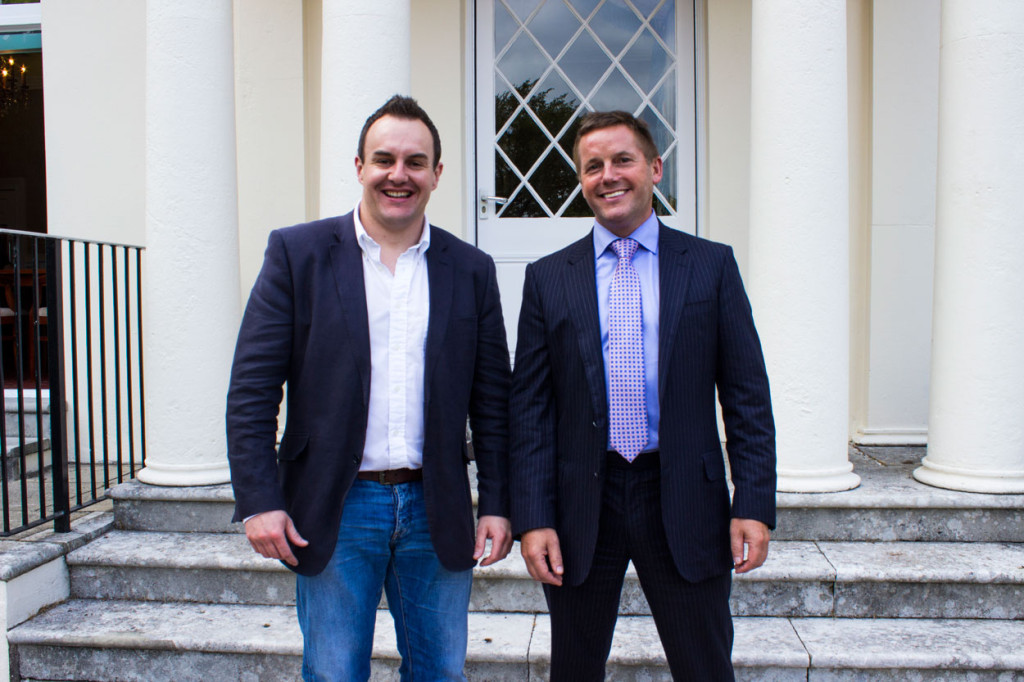 Following the successful launch of The Rich Rules by social entrepreneur and star of Channel 4’s The Secret Millionaire, Kevin Green, Tanabi TV have been filming in readiness for delivery of exclusive online content to clients across the world. The international speaker and Guinness World Records holder has been working with the team at Tanabi over the last 4 years and we look forward to delivering the content by the end of July!