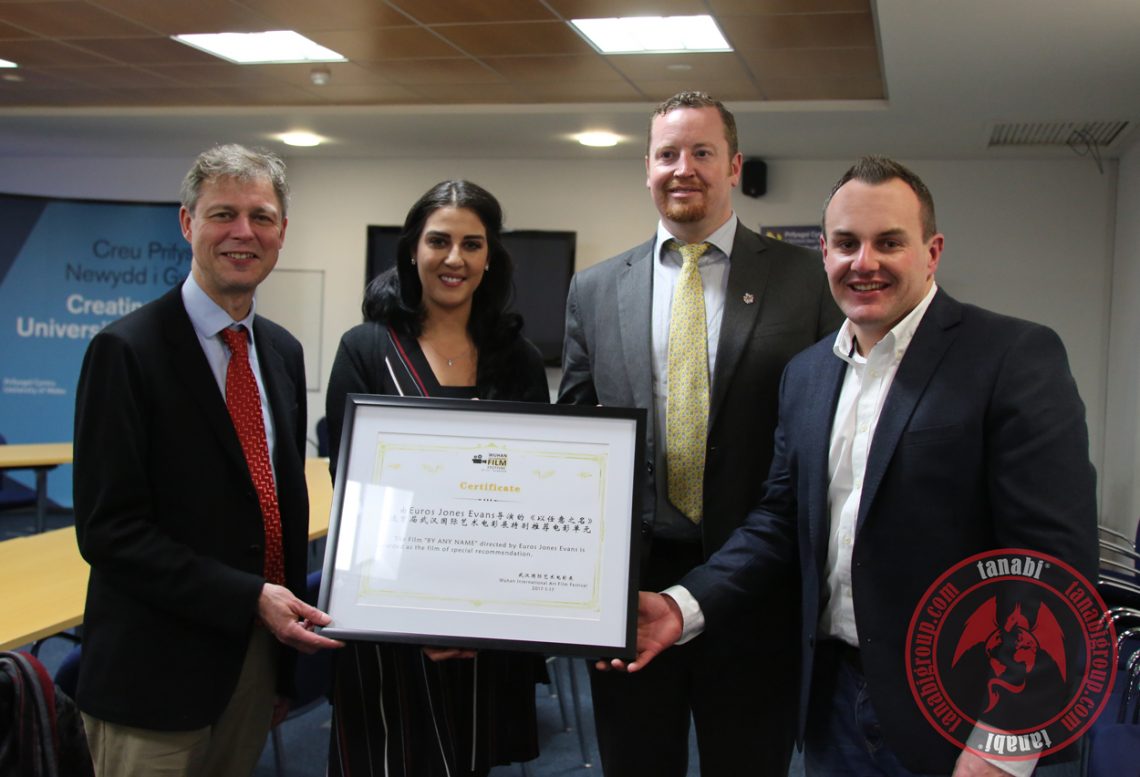 WELSH FILM ‘BY ANY NAME’ SCOOPS AWARD IN CHINA

The Producers at the Welsh Production Company Tanabi Films are celebrating today after winning the Best Feature Film award for their first feature film ‘By Any Name’ which is based on the best-selling novel by Katherine John. The British thriller took the top award in the Wuhan International Film Festival in the Province of Hubei, China.

The Festival organiser Wenjuan Zuo said “I would like to take this opportunity to congratulate Tanabi Films on winning the ‘Best Film’ award during the ceremony. WIAFF is a great platform for both Chinese and global art films under the principal mutual benefits. ‘By Any Name’ was one of the 12 awarded films on the evening that was selected among over 200 high quality films submitted to the festival”.

The Director of ‘By Any Name’ Euros Jones-Evans said, “We are delighted to win Best Film Award for our feature film in the Wuhan International Film Festival. We are very thrilled with the response this film has had from the judges on the international festival circuit- the film has already won accolades in Wales and the US. We have had incredible support from all our local partners in Wales and are extremely grateful to Katherine Johns for her continued support and to all the cast and crew, especially the leading male Cengiz Dervis, who plays ‘John West’ and Samira Mohamed Ali who plays ‘Dr Elizabeth Santer’ in the film for their dedication and hard work.”

Chris Foxall said: “The growing relationship between Wales and China is particularly evident between the friendship cities of Swansea and Wuhan. Having signed a government level memorandum of understanding between the two cities last year, there have been two way visiting delegations focused on cementing the evolving partnership. Tanabi’s well-deserved award at the Wuhan International Film Festival is a great example of how Welsh talent can compete with the rest of the world, and open doors for more collaboration with our partners in China”.