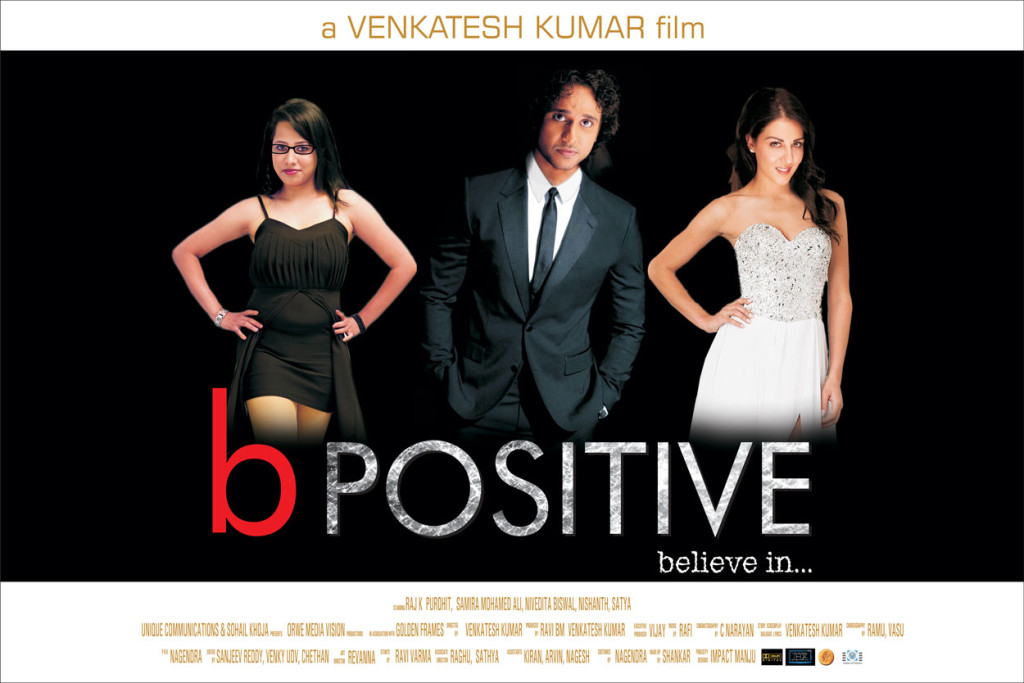 Actress Samira Mohamed Ali has embarked on a journey half way across the world to promote her latest Bollywood movie bPositive where she stars as the lead heroine. Samira, currently the UK Ambassador for

BritWeek Miami, FilmInWales and UK ambassador for Children’s Charity Cerebra, is on an intense 10-day press tour in India to promote the picture.

Samira has started the tour in Bangalore with a press photo shoot with her co-stars Raj Purohit and Nibeditha. She will travel to Mumbai on Wednesday for a full week of interviews for major TV channels, magazines and media conferences. Last night’s red-carpet event at the Grand Leema Hotel saw the release of the movie trailer, followed by an exclusive fashion show. This attracted over 4,000 screaming fans outside the hotel hoping to catch a glimpse of the cast and crew.

Samira will play lead heroine Nina, and the Venkatesh Kumer film is about a love triangle, with an interesting twist that cannot be revealed until the film is released. In an interview Samira said, “I am very excited to be part of this latest Bollywood movie. It’s great to be back in India and a privilege to be working with such an amazing production team. I can’t wait for this movie to hit the big screen at the end of March.” Born to Arab-Portuguese parents, the Welsh actress feels that she can relate to many different cultures – she especially loves India, its culture and its people. 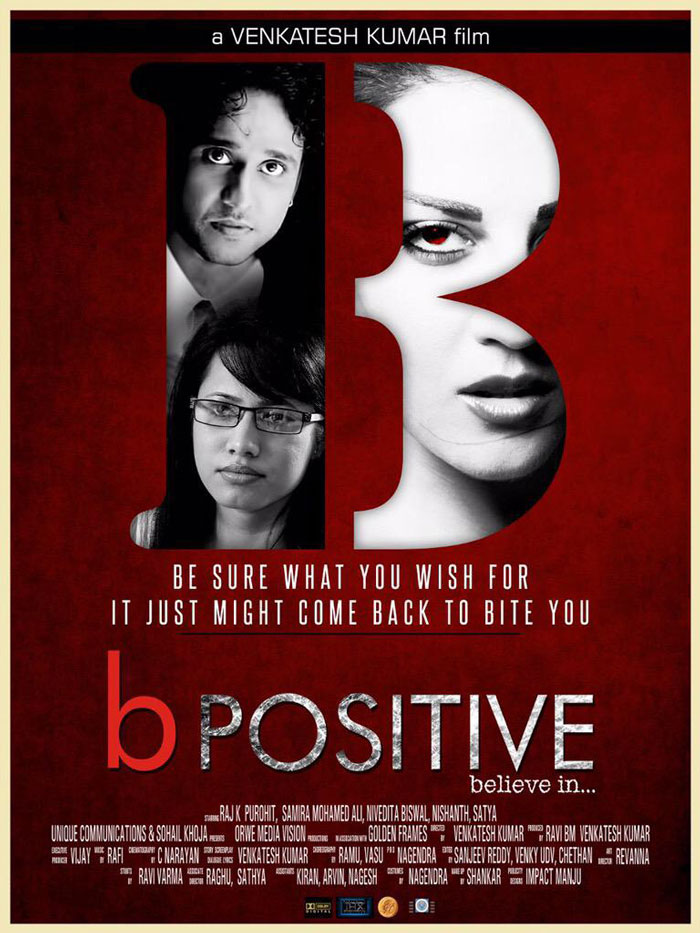 Samira has recently starred and co-produced the British action movie ‘By Any Name’ which is based on the number one best selling novel by Welsh Author Katherine John under Tanabi Films. This is due to be released summer 2015.

Samira was the first ever Westerner to be cast as a lead role in the Southern India Film Industry in 2013 and is now touring North India to promote her latest film. The movie bPositive will be released in theatres in 5 languages across Asia and the Middle East from the end of March, and in Europe during August 2015. You can follow her journey on Facebook at SamiraMohamedAli or Twitter @SamirasFanPage.