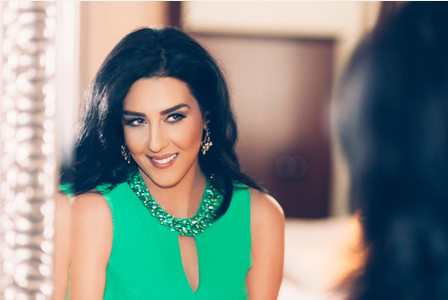 Actress and business woman Samira Mohamed Ali has just seen her latest TV series aired in America, and is hard at work selling Wales to the world’s film industry. MARK REES went to meet her.

Ever since taking a leap of faith and boarding a plane to fly into the unknown world of the Bollywood film industry, actress Samira Mohamed Ali has carved out a successful, jet-setting career for herself on the silver screen.

But for all her achievements, in such far-flung countries as India and America, the Neath-based lady of many hats has never lost her love for her hometown, and is working hard to develop the film industry in her own backyard.

When I catch up with Samira, who was raised in Dubai before relocating to Neath in her early teens, she has just had seen her latest show, two-part historical epic Egyptian Vice, broadcast across the United States on digital channel Spike TV.

But as she tells me, even this major production was firmly rooted in Wales.

“It was amazing,” she says of the drama documentary, which delves into the vice-filled lifestyles of the wealthiest rulers in ancient Egypt, and serves as a precursor to Sir Ben Kingsley’s new mini-series Tut which premieres on Channel 5 tonight.

“We filmed it in Wales, and the majority of them came from the US,” she says of the show, noting the blend of Welsh and American talent involved in the production

“It’s a documentary intended to educate the audience about Egypt leading up to Tut, which looks amazing.

“It has a dramatic feel to it. Very bloody, very gory, and very similar to Game of Thrones – but Egyptian.”

Now an in-demand actress, it wasn’t a career path that Samira initially set out to pursue. In fact, it was through entering ­— and winning — beauty pageants that led to an unexpected, and life changing, proposition from the booming Indian film industry.

“It happened overnight,” she recalls of her swift introduction to Bollywood.

“The brother of a friend of the family was a film director in India, and I’d been speaking to him for six months, but I didn’t really think anything was going to come of it.

“Then one Friday, I was asked to be in India for a role on Sunday. I thought, what, a week Sunday? But no – two days later!” she laughs.

It was a big call, heading out to an unfamiliar country on her own, but she plucked up the courage, picked up the airline ticket and flew out into the unknown.

“I just got on a plane and went,” she says of decision to accept what she believed to be the relatively minor role of a Bollywood beauty queen – but then things took an even bigger turn on arrival.

“I’d won some beauty pageants back home – Miss Europe, and Miss American Dream – and I was going there for a similar part,” she explains.

“But when I arrived, I ended up with a leading role in a franchise, and it changed my life. I’m so grateful.”

Since tasting success in India, Samira has juggled her acting with her dual roles as a business owner and producer of her own production company Tanabi, who are based in Swansea’s Dylan Thomas Centre, with a second office based in the equally glamorous city of… Miami.

“I’m in Swansea at the moment, and my partner is in Miami,” she explains of the company’s set-up, noting that she’s more than happy to be spending her time in Wales – in particular, in Neath – while her business partner soaks up the sun in The Magic City.

“Even when I’m in India, I’m thinking of Neath – I love being home.”

So much so that Samira is now hoping that she can help to develop the movie industry locally by exposing India – and with the rest of the world – to the delights of South West Wales.

“We’ve been working in the business for quite a long time, and most of our commissions are from overseas. We get calls from LA, and they’re sending us scripts, which is crazy. I just think, how have you heard of us?” she jokes.

“They’re always looking for new locations, and I’m trying to convince them to come to Swansea, and how wonderful it is here,” she says of a potential team-up with Bollywood.

“We did a tour of the area with some executive producers recently, and they liked that look and feel of the place.

But is there anything in particular about the area that they can’t get in India?

“The beaches,” she says of the area’s obvious big selling point.

“Our beaches are beautiful, especially on a good day. We took them to Oystermouth Castle, the city centre, and down to Margam Castle in Port Talbot.”

Looking to the future, Samira can see her love affair with the Indian film industry continuing side-by-side with her commitment to homegrown productions, which includes a locally sourced film later this year.

“I’ve been offered a lot of work in India, with two big Bollywood properties, which would be amazing.

“I’m also see myself getting more into production. A lot of my roles in the UK have involved a bit of producing as well, and I’m hands on with that side of things.”

All of which points to a successful future right here in Wales.

“We bought the rights to a best-selling book from Swansea author Katherine John called By Any Name, which will be out soon — definitely this year.

“We have such a lovely Welsh team, and there’s a passion and a love I have for Wales. I wouldn’t have half of that passion somewhere else.”