In case you’ve not heard, the ‘Hukilau’​ is South Florida’s largest annual event for tiki-lovers and fans of midcentury Americana alike. For four days this past weekend, Fort Lauderdale was the top destination for an exodus of fun-loving, tropically-clothed tiki lovers. The Hukilau, billed as “The World’s Most Authentic Tiki Event,” not only brought people from all over the United States, but from far corners of the globe, as the event draws close to 1,200 visitors annually and in 2015 celebrated its 14th anniversary.

Originally, last year’s event was scheduled to be the last, however, the event had grown so popular that founder and owner Christie “Tiki Kiliki” White was contacted by Idle Hands Event Management, LLC’s Michael Zielinski and Richard Oneslager (themselves Hukilau attendees for years) who proposed a partnership deal in order to keep the celebration alive. A much needed shot in the arm, the Hukilau this year was effectively ‘revived’ and promptly proceeded with opening and closing festivities at the Hyatt Regency Pier 66 Hotel and the recently-appointed National Register of Historic Places, Mai-Kai restaurant located in Oakland Park (the “tiki mecca” for many fans.) Since 1956, the Mai-Kai has captivated people with its warmth and magical aura and remains one of the few grand Polynesian palaces of tiki still in operation today. 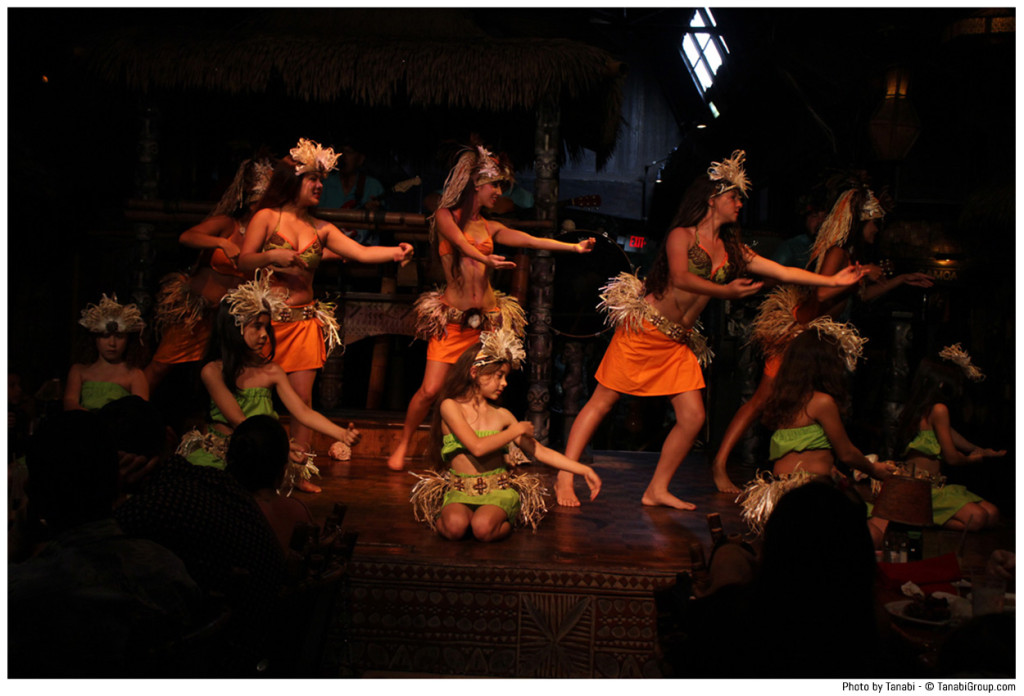 This year’s Hukilau was unlike any other in terms of sheer Tiki-ness. It was over the top – a tiki lover’s dream come true. Over the course of the four-day event, the Hukilau featured several symposiums meant to educate, inform, and celebrate the tiki and Polynesian-pop lifestyle. Symposium presenters included Arthur Dong, who discussed the history of Chinese American nightclubs; Kevin Kidney and Jody Daily, who explored Disney’s original Polynesian Village Resort, and Jeff Chenault, who’s fantastic discussion centered on Ohio’s oft-remembered Kahiki Supper Club restaurant. Additionally, there was a milieu of tiki-related activities for attendees, including symposiums on drink culture, rum tastings, cocktail parties, tropical performance shows, and a grand tiki marketplace dedicated to selling midcentury Americana trinkets, Hawaiian shirts and dresses, beach-inspired jewelry, and original artwork. To top it all off, the Hukilau Finale coincided last Sunday night with Mai-Kai owner Dave Levy’s milestone 60th Birthday. Tanabi was honored to experience first hand the tiki craze revival and personally joined Christie “Tiki Kiliki” White and her cast of Polynesian-pop enthusiasts to celebrate it all.

With top tiki bars opening up in the United States (Smuggler’s Cove, Three Dots and a Dash, Lost Lake, Latitude 29, to name but a few) and all over the globe (London, Italy, Germany, Paris etc.), tiki’s last seven years have been a renaissance unlike many others, going from an incidental category to one of the largest collective growth trends in the tropical mixology bar scene.

The first tiki bar, Don the Beachcomber, opened in Los Angeles in 1934; it started a sensation as celebrities and debutantes alike were regularly spotted sipping mai-tais, eating pu pu platters, and enjoying an exotic environment unlike anything they had seen before. By the 1950’s Polynesian pop culture was in full swing. Fueled by the music of artists such as Les Baxter, Martin Denny, Arthur Lyman, Robert Drasnin and Cal Tjader, the phenomenon was spreading to countries all over the world. This trend would continue well into the early 1970’s. The late 1970’s and early 80’s saw the decline of Polynesian pop and tiki culture and as popularity waned, many tiki restaurants and bars closed or went out of business.

Thankfully though, the glamour of retro travel and midcentury Americana is alive and well. Sure, there are plenty of factors that may have influenced the return from obscurity (not least because of the renewed global interest in rum as a spirit), but in this case we should give proper credit to pop culture, a gentleman by the name of Jeff “Beachbum” Berry, and a slew of other tiki practitioners – most notably, Martin Cate, Brian Miller, and the inimitable Paul McGee.

For more information and to sign up for next year’s epic Tiki extravaganza, please visit hukilau.com