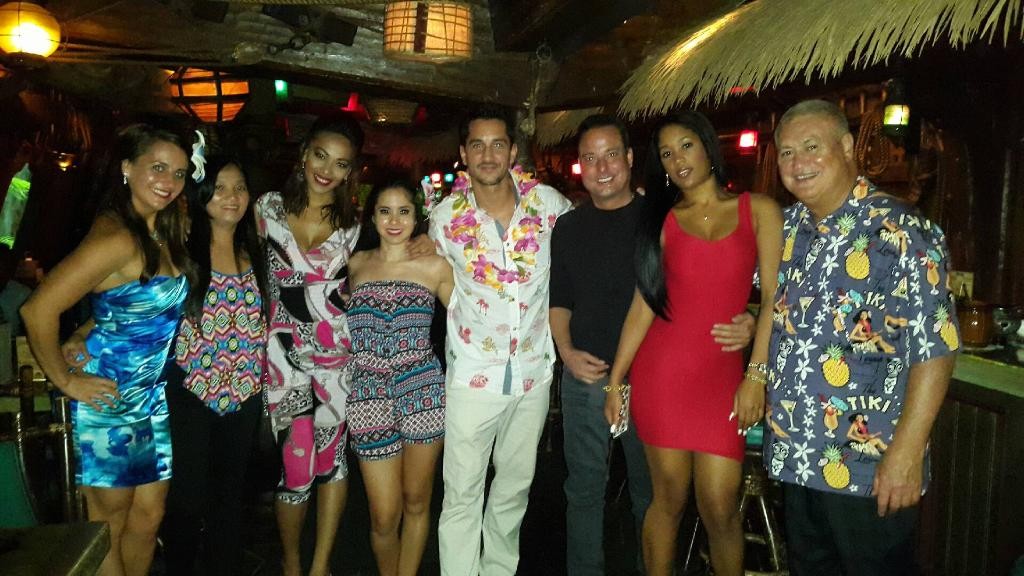 FT. LAUDERDALE, FL 02 October – Ohana: Luau by the Sea dubbed the, “biggest little event in tiki,” debuted this week at the World-Famous Mai-Kai Restaurant in Ft. Lauderdale; Ohana is a three-day charity event held in several locations in and around Fort Lauderdale from October 1st through 3rd, 2015.

In Hawaiian culture, ‘Ohana’ means ‘family’ in an extended sense of the term, including blood-related, adoptive or intentional. Ohana: Luau by the Sea is organized by the Fraternal Order of Moai (FOM), an organization that serves as the premier fraternal organization and social network for all men and women interested in tiki culture and the Polynesian pop era.

Famous for the annual “Ohana: Luau on the Lake” summer event at The Tiki Resort on Lake George in upstate New York, these tiki time travelers have finally set their sights on creating a spin-off event in Ft. Lauderdale, Florida on the first weekend of October. Locations include Kreepy Tiki rum bar, World-Famous Mai-Kai Polynesian Restaurant, and the Grand Ohana Luau located at the Sheraton Ft. Lauderdale Airport & Cruise Port Hotel.

Friday evening was host to a special dinner and Polynesian Islanders Review show (the world’s longest running show of its kind) at the World-Famous Mai-Kai Restaurant with a special happy hour for Ohana from 7 – 9 pm in both the Molokai Lounge and on the Lanai.

The Mai-Kai, having last year been added to the National Register of Historic Places, has this year been officially crowned ‘the best tiki bar in the world’ by a recent poll.  The midcentury modern Mai-Kai, built in 1956, is not only a tiki mecca for fans of Polynesian pop, but is the longest-running tiki theme restaurant in America. Tanabi was happy to celebrate this much-anticipated event with Mai-Kai owner Dave Levy and friends.

While the accolades keep piling up, 2016 will see the celebration of the 15th anniversary of the annual Hukilau (another larger-scale and seminal tiki event for fans of the genre) in addition to the Mai-Kai celebrating it’s much-anticipated landmark 60th (yes, 60) Birthday.

Tiki is more a state of mind – an “escapist’s fantasia, if you like, an exotic place where the trapdoor to life is seemingly pulled out from beneath you,” explained one fez-adorned reveler. With widespread events like Ohana, The Hukilau, Tiki Oasis, Texas Tiki Week, and many other regional rum-soaked gatherings (for example, Miami’s annual Rum Renaissance Festival), so too have restaurants and bars been popping up all over the place (a notable example being The Golden Tiki in Las Vegas) in similar fashion.

However, while the tiki ‘revival’ has been in full swing for the last 5 years, at the center of it all is American craft cocktail culture itself, a renewed interest in rum as a spirit, and the banal trappings of everyday life which has sent people desperately searching for a more ‘immediate’ and romantic escapist fix.